New Release: THE ROAD AND BEYOND! 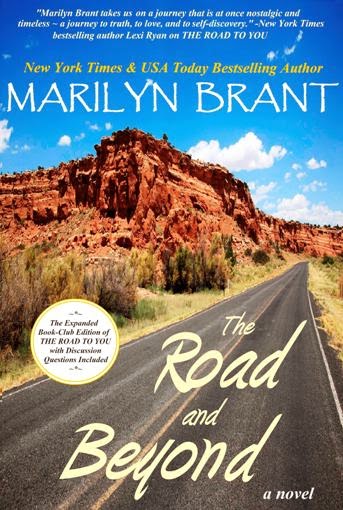 The release of this novel has been a long time coming! The Road and Beyond is the expanded, book-club edition of The Road to You -- along with the original narrative from the 1970s, it also has a new parallel story, set in the present day, as well as discussion questions for book clubs. I truly hope you'll enjoy it!

This is a digital-first release, available as an ebook on Amazon, B&N, iBooks, Smashwords, and Kobo. The story blurb is below:

One Disappearance Had Been Enough To Last Her A Lifetime…
Aurora Gray is no stranger to tragedy. In the summer of 1976, when she was just sixteen, her world turned upside down when her big brother Gideon and his best friend Jeremy disappeared. For two years, there’s no word from either of them. No trace of their whereabouts. But then, shortly after her high-school graduation, she unexpectedly finds her brother’s journal and sees that it’s been written in again. Recently. By him. There are secret messages coded within the journal’s pages and Aurora, who is unusually perceptive and a natural puzzle solver, is determined to follow where they lead, no matter what the cost. She confides in the only person she feels might help her interpret the clues: Donovan McCafferty, Jeremy’s older brother and a guy she’s always been drawn to…even against her better judgment. The two of them set out on a road trip of discovery and danger, heading westward along America’s historic Route 66 in search of their siblings and the answers to questions they haven’t dared to ask aloud. The mystery they uncover will forever change the course of their lives.
…But Now It Was Happening Again
Decades later, in the summer of 2014, fifty-four-year-old Aurora receives a terrifying phone call—her adult son Charlie is missing—and this news inevitably brings the memories of her adolescent years rushing back. Haunting recollections she’d hoped to keep buried. Were the choices she’d made in her youth responsible for her son’s disappearance now? And how on earth can she find him—quickly—so that she might be able to prevent the trauma of the past from repeating itself?

If you'd like to read an excerpt, check out this one HERE!!

Hope you're having a wonderful start to fall (or spring, for friends in the Southern Hemisphere :) and that the months ahead will bring many pleasures your way!!
Posted by Marilyn Brant at 10:42 PM 2 comments: