To all of you, dear friends, Merry Christmas! 🎄🎅💖

May this season bring you much joy and wonderful memories of time spent with those you love.

For all who celebrate other holidays during this month, I send you the same wishes of peace and happiness.

And I hope the New Year ahead will bring only good things to you all!!  xox
Posted by Marilyn Brant at 1:27 PM 8 comments:

"Yours at Midnight" is here! 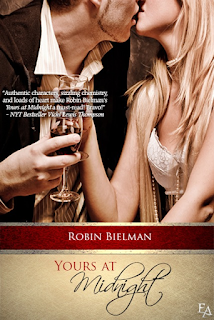 I'm so thrilled for my friend Robin Bielman, who has out her newest novella from Entangled Publishing, Yours at Midnight!!! Isn't the cover gorgeous and sexy?!

Check out the blurb:

Lyric Whetsone only had eyes for Quinn Sobel's brother Oliver, until a car crash took Oliver's life on New Year's Eve. Then, a moment of shared grief between Quinn and Lyric became something more impassioned, something that frightened Quinn so much he ran from Lyric's bed and her life, disappearing for four long years.

Now Quinn's back for another New Year's Eve, struggling for closure, desperate to leave his grief in the past and make amends with the girl of his dreams. But Lyric has a secret--one that could drive Quinn from her life forever. Will Quinn run away from the love and acceptance he's always wanted...or will he claim his New Year's kiss and make her his at midnight?
Can't wait to read this -- and you can get your copy now on Amazon and B&N!! Congrats, Robin!!!! (ETA: Giveaway alert!! Robin says that anyone who leaves a comment here is automatically entered in a drawing to win a copy of the book! Woot! Thank you!! We'll choose the lucky winner next Friday. :)
And, since I really don't think the world is ending today, but the weather around here has definitely been frightful, I snorted with laughter when I saw this "New 7-Day Mayan Weather Forecast" on Twitter last night: 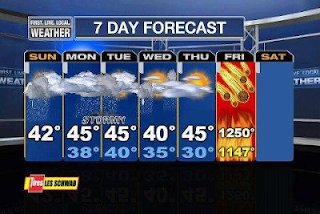 Too funny!!! I'm blogging today at Magical Musings and humming R.E.M.'s "It's the End of the World As We Know It"... Hope you all have a wonderful (and uneventful) Friday!﻿
Posted by Marilyn Brant at 5:30 AM 17 comments: 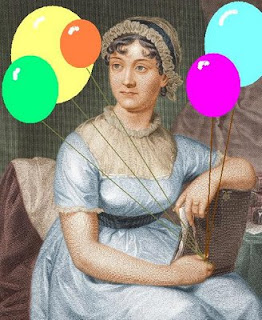 Hope you're all having a happy start to the holiday season! Here, it's been the usual hecticness, but I love that there is NO SNOW in our area yet. (My sincere apologies to snow lovers everywhere but, really, it's like a huge Christmas present for me NOT to have to scrape and shovel that fluffy white stuff while trying to get everything done.) I remember going to an Austen birthday luncheon a few years back and having to deal with blizzard-like conditions on the drive home, so mere rain in December is always welcome!

I sent out my newsletter this past week and, for those of you who didn't know about this, I'll mention it again here: As a special for the holidays, Double Dipping is on sale right now at both Amazon and B&N for just 99 cents! If you don't have copy yet, I hope you'll consider picking one up for yourself or giving it as a gift to an ebook-reading relative/friend.

Wishing you all a wonderful rest of the month, full of celebrations with those you love!! xox
Posted by Marilyn Brant at 12:40 PM 3 comments:

A Summer in Europe Goes Polish! 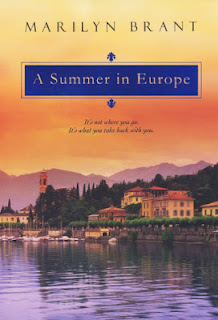 This is so exciting for me, I actually don't know how to contain it...

Ever since I started writing fiction, it seemed a huge enough dream to get to see my novels published here in the U.S. and Canada. I figured, if I were really lucky, readers in other English-speaking countries or non-native speakers with a strong grasp of the language (i.e., not like my laughable attempts at speaking French...) might just snag a print or digital copy of one of my books and -- in that way -- my stories could travel the globe. Kinda.

But still there lingered this little fantasy I couldn't deny...the one where I imagined how it would be SO INCREDIBLY COOL if a book I'd written were translated into a language other than English, too. That a subrights agent somewhere out there might feel a story I'd written was universal enough to appeal to citizens who were part of another culture, and would think it worth the time and effort to actually translate it.

Well, that happened this week for A SUMMER IN EUROPE... The foreign translation rights were sold for the first time, and the book will be coming out in July/August 2013 in Polish!!! (My editor said the cover wouldn't be available for a while yet, but I'll definitely post a photo as soon as I get one. :)

We have some family friends who are originally from Poland. We went to one of their weddings in September (it was beautiful!), and we got to try a piece of traditional wedding bread dipped in salt. I learned the word for "thank you" (Dziękuję - pronounced something like "jen-koo-yeh"). And, one of my dancing partners from college was Polish-American. Years ago, he brought me some handpainted wooden Easter eggs made in a small village near Warsaw, which I still put out for decoration each spring... But the only other connection I have specifically to Polish culture would be -- of course -- the foods, LOL. 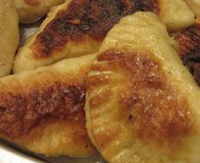 We have a Polish deli nearby and have picked up various delicious sliced meats and sausages and the occasional pastry. But what we really love are the cheese and potato pierogies (Polish dumplings). We buy them frozen most of the time, and just bake them until they're lightly browned. Yum. And I can tell you right now, we'll be having them in celebration this weekend!!

Do you have any favorite foods, songs, traditions or decorations that are Polish? Anything I should be sure check out?? If so, please share!

Also, just a quick FYI for anyone interested: I'm hosting a Fresh Fiction Holiday Contest this month, featuring Godiva Chocolate + HOLIDAY MAN, that runs until December 12th. The giveaway details and prizes are all here!! Wishing you a Happy St. Nick's Day!
Posted by Marilyn Brant at 6:00 AM 6 comments: