Pride, Prejudice and the Perfect Match -- Now in Paperback! 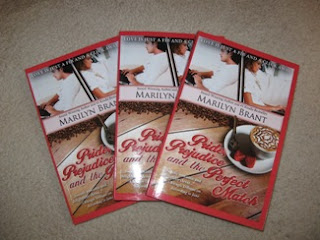 Finally -- and with a HUGE thank you to all of the readers who enthusiastically supported this book and who emailed me to ask if a paperback copy would be available -- I can now say YES!!

Here's the direct link on Amazon to the print edition of Pride, Prejudice and the Perfect Match. It should be for sale on Barnes & Noble and at a number of other retailers soon, too. Thanks for letting me share this exciting news with you all now!

Wishing everyone a fabulous week. And may "spring" actually get here in the near future!! 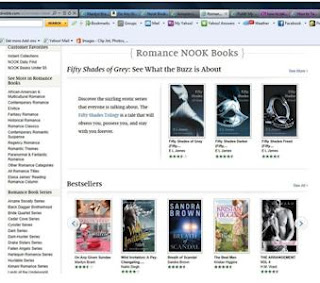 First and foremost, let me say thank you.

To every single person who picked up a copy of On Any Given Sundae at Barnes & Noble or Amazon this month, or who helped me spread the word about the book, it's because of YOU that I officially get to call it a "National Bestseller," and I couldn't be more appreciative!!

Last week, my first self-published romantic comedy got up to #17 on the B&N Top 100 Bestseller List and was hanging out on the Nook Romance page with some really cool friends ;). On Amazon's Top 100, it reached #60 overall, and it's still on the more specific Humor and Love, Sex & Marriage lists. Very excited about that and incredibly grateful to you all for helping to make it happen!!

And, so, in appreciation and celebration...let there be Pi...I mean, Pie!!

Since Lemon Meringue Pie is one of my favorites -- plus, doesn't it just taste like spring?! (she said hopefully) -- here is a recipe for an easy version. It's one that even I, who couldn't be less skilled as a baker, can make, and I've got my fingers crossed that if we all make spring-like foods, the warm weather and sunshine will follow... Well, it's a theory anyway, LOL.
Have a wonderful 3.14, friends, and a relaxing rest of the week! And again, thank you.﻿
Posted by Marilyn Brant at 10:48 AM 8 comments: 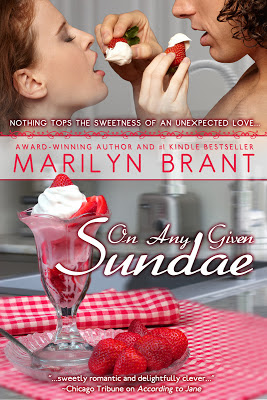 Extra! Extra! Announcing a limited time sale for On Any Given Sundae!! It's just $0.99 for both Amazon Kindle and B&N Nook this week -- guaranteed through Saturday, March 9th, but I don't know if it'll last beyond that. (This is a special 75% off promotion!)

For anyone who may not be familiar with the premise, here's the story:

Nothing tops the sweetness of an unexpected love...
When Elizabeth's uncle Siegfried and Rob's uncle Pauly rush off to Europe for a month, they temporarily relinquish the reins of their ice cream shop to their respective niece and nephew -- two people who may have grown up practically next door to each other but who have next to nothing in common.

Elizabeth "Please Don't Call Me Lizzy" Daniels is a small-town Wisconsin girl at heart. Shy and inexperienced at love, the frizzy-haired dessert cookbook writer still resides in her quaint hometown of Wilmington Bay, stutters painfully when nervous and is only comfortable with her laptop and her tiny circle of cooking pals. She must come out of hiding over the summer to help her uncle, but she's convinced her childhood crush, Rob, barely knows she exists.

Roberto "You'd Better Call Me Rob, or Else" Gabinarri is the town's golden boy and former football star who left home after high school, made a splash in the big city and never looked back. He has to return to Wilmington Bay to uphold a promise to his uncle, but he's counting the minutes until he can escape to the relative anonymity of his fast-paced, commitment-free city life and the sports-themed restaurant he owns in Chicago. Despite his chattiness and charm, Rob was always intimidated by quiet, brainy girls like "Frizzy Lizzy," and he isn't pleased to be back in the place where people like her still see him as that popular but dumb jock -- an image he worked for almost a decade to shed.

The unlikely pair tries to make the best of being stuck together, but Elizabeth has a pressing publication deadline, and Rob has an Italian mother bent on lining up potential hometown brides for him. Rob comes up with an idea -- something that might help them both -- but it involves just a bit of family deception. With time running out to finish her cookbook and her friends already stretched to the max trying to assist them, Elizabeth reluctantly agrees.

Neither Rob nor Elizabeth are used to playing games of pretense, but can love, hot summer nights and, maybe, some chocolate sauce, caramel and whipped cream...turn their farce into reality?

"This is a charming tale of the popular jock and the shy bookworm, both trying to outlive their high school personas and prove to each other there is more to them than meets the eye. This is truly a root-for-the-underdog, feel-good story and a joy to read." (LEK) ~ Chicklit Club's Digital Domain, June 2011

"You'll want to read it for the humor and great characters and a plot that's sure to leave you smiling." ~ Romantic Times Book Reviews, Hot Pick for October 2011

And, if you're interested, you can check out the Eye on Romance "Coffee Break" Chapter for the novel HERE!!

Thanks for letting me share the fun news!! Wishing you all a fabulous week! :)
Posted by Marilyn Brant at 3:42 PM 3 comments: